What madness is this!? Two posts in almost as many days?! Two mixes at that!?? Indeed. That is what it is.

However, this mix is a lazy one, crafted by chance over craft. These songs were selected by the criteria that every song has to have the word 'Bird' in the title. I did whittle it down a bit, so I wasn't completely hands-off. Originally I chose 'Bird' as an overall keyword and this produced roughly 3 and 1/2 hours of music (one of the songs was a half-hour field recording of birds). Searching by song title alone reduced it by 45 minutes so I then played it through and made some cuts. The current mix is around 1 hour.

I kept the tracks in the same order iTunes sorted them and I'm not sure what it's reasoning was as there does seem to be a kind of shape developing over the mix with certain types of songs clustering together.

[BONUS] When originally selecting via 'Bird' appearing in song/album/composer the mix opened with this song from the We Love Katamari (also known as Katamari Tribute) soundtrack. It started the mix beautifully, but I let it go due to the word 'Bird' not appearing song title. 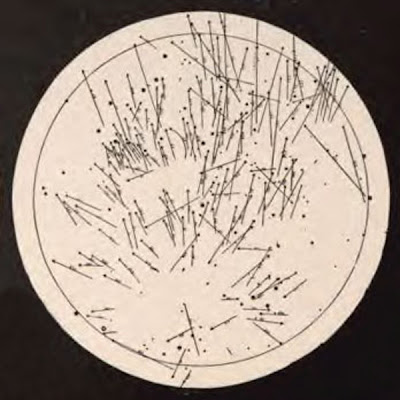 2012 took an entire year to complete. Sometimes you just have to make something for the simple fact that making it frees you from having to make it any more.

This is a mix I have been playing with for a while, having trouble finding a consistent thematic approach and I don't think that I would have finished it unless I forced myself to publish it.

EDIT: links altered and re-posted due to 'I before E except after C' issues. 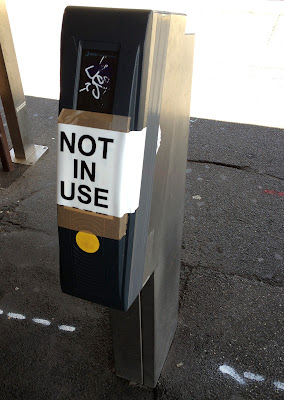 Perhaps in the future old Metcard machines will form the core of layered tape and label juggernauts.
Labels: Something, The World

UPDATE: We instinctually shun the technologies of our descendants 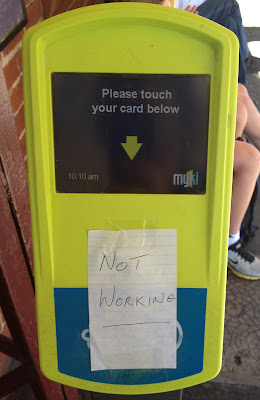 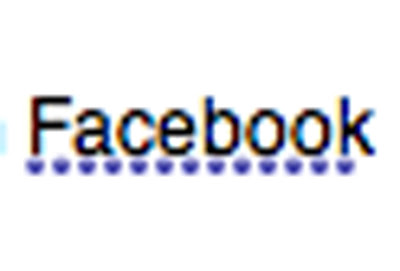 We instinctually shun the technologies of our ancestry 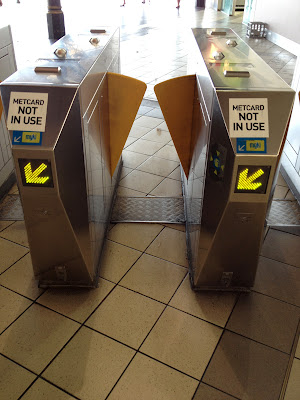 The previous technology is referenced. The ad-hoc nature of the printed label (self adhesive if memory serves) suggests that the lack of use may be temporary however this is certainly not the case. if there was any doubt, observe the caps. For the moment, the new technology nestles with the old. 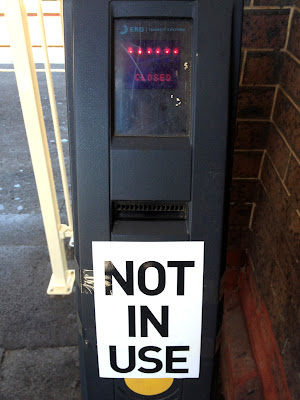 Out of the city, the format changes. The font and caps remain. However, the old technology is no longer referenced and the label is adhered through wide-format sticky tape even though the label is itself adhesive. 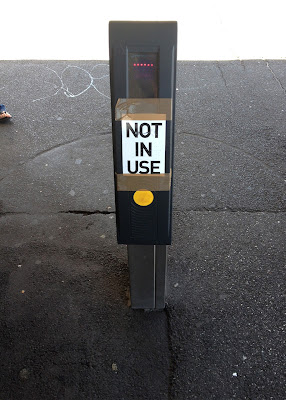 Just in case you missed it: redundancy begets redundancy. The shamelessness of the brown packing tape reinforcing this point. 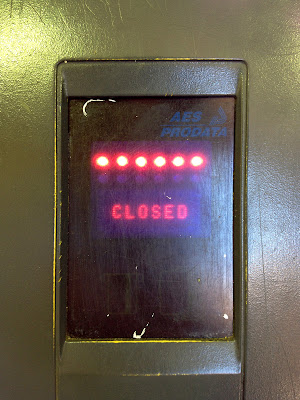 The display reads 'Closed'. Though in its very nature absence suggests a presence, in this case the technology lacks the format for suggesting it's finality. There will be no 'Open'. The display used to show the time and ticket-related data. 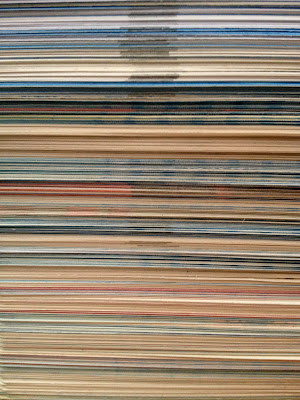 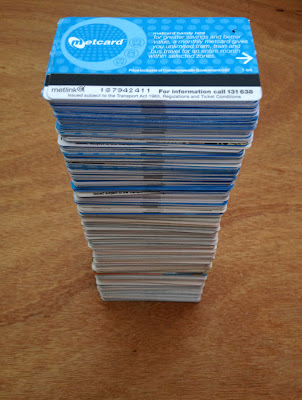 As previously discussed, here is the current state of the Tower of Metcards, finalised. It stands at approximately 23 centimetres. 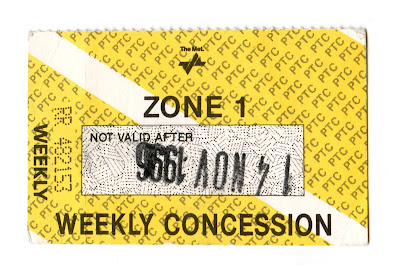 The instant when text goes from roman to bold

A.K.A 'My year of near-complete inactivity'

So much time, sitting motionless at my desk, fingers poised mere millimetres from the keyboard twitching with unfulfilled potential. Illusionary Wolpertingers snap at calf muscles slowly atrophying from years of neglect. Internet websites enjoy an unintentional half-life bought upon them through inattention and behind-the-scenes hosting shifts.

You know when you run into an old friend and it's been years since you last saw them and they ask you what you've been doing with yourself for the last 11 or so years? On some occasions when this has happened I am so overwhelmed by the prospect of summarising the vast gulf of activity that my mind short circuits and initiates some kind of basic platitude such as 'The usual', 'This and that', 'Various things' and so forth. Under no circumstances would I use the phrase 'Same old, same old' (rumour has it that a pattern of slight discolouration on the belly of Ouroboros spells out these very words in Cuneiform text).


Under the surface of this near detail-free summary lies the primeval magma of significance, oozing and straining, perpetual and eternal. The universe yawns in it's massiveness and in the meantime, blogging.

As of December 2012 I have chosen the following excuses for not posting to this website:
And most recently:
So the dust has settled and I will now try to resume semi-regular programming. Attempting to create work where the work is generated by the work itself has failed and it seems a more direct approach is required.
Labels: Something, Sometimes
Newer Posts Older Posts Home
Subscribe to: Posts (Atom)