Media Watch for the LOLs

Perhaps it's a sad state of affairs, but I don't LOL in the purest sense of a L.O.L. as much at the TV I used to. This could be attributed to a number of factors - getting older, the slow-creep of cynicism, the fact that my sense of humour is getting more oblique. Perhaps. In regards to the last point, one thing that I find hilarious (and makes me LOL) is errors in broadcast media. I wait for these zen-like moments like an astronomer watching the sky for shooting stars. I've even caught and documented some in the past.

Recently broadcast media had to scramble for the latest significant event (The Ridding of The Rudd) and mistakes were made. Fortunately, ABCs Media Watch collated these and the result was (for me at least) hilarity as well as an interesting peek behind the curtain of current media. You can stream/watch the episode here (serious LOLs start around 07:47).

Take note: this isn't so much taking pleasure in the mistakes of others - I work with screen-based media and am very familiar with its peccadilloes and there is an element of schadenfreude - rather these moments offer a moment of unexpected beauty honesty and hilarity which seems in stark contrast to the highly polished smug un-funniness of most contemporary TV.

As technology gets more baroque, more room for errors occurs. However, the errors spotted by Media Watch even persisted in Radio, which would be a more straight-forward medium than digital TV. While producers of said media would prefer that these mistakes get swept under the carpet or are eventually banished altogether I believe they are important part of where we are technologically and conceptually. In a way, the upheaval of getting a PM ousted was reflected in the media itself - the state of the country reflected in the state of the broadcast.
Labels: Medium, Screens, Tedium 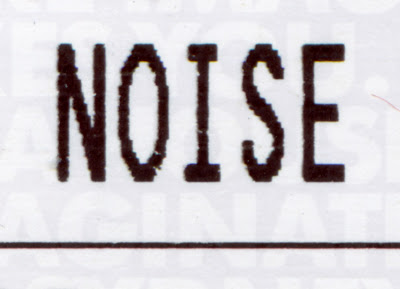 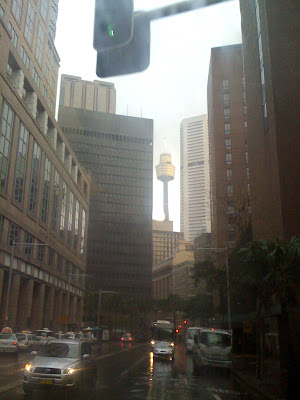 Once agian (see here for a previous visit) the pilgrimage to Sydney. This time to see Lou Reed's 'Metal Machine Trio', 'Noise Night' featuring Boris, Melt Banana and others, as well as aspects of the Sydney Biennale.


The Metal Machine Trio were good - the performance began with an audible hum, bleeding out into the reception-area while you're still waiting to enter. Discussion about this actually being part of the performance was had. I really like the idea of something priming the audience like this, even making the audience question what constitutes a performance (music for waiting for music, anyone?) Once we got in and sat down we fortuitously swapped seats with a trio of "fans" who wanted to be able to leave easily if it was too loud. They lasted under two minutes (It wasn't that loud either). The actual sit-down part of the performance was enjoyable - the first third was phenomenal, but then it seemed to settle a bit with Lou Reed looking uninspired and grump with levels etc while the other two members of the trio went about their business. From where we were sitting it seemed that about 7% of the audience left. What did they expect? The tickets clearly expressed 'No songs no vocals', so there was no pretence of any Velevet Underground/Solo Lou Reed material.


The Noise Night was an absolute treat. The performance was running late (which in retrospect was understandable given its complexity) and while we waited there were some sounds coming from within the venue that helped build anticipation/give us a shred of sound to listen to. At the entrance to the stage area ear-plugs were offered - lollies-in-a-bowl style. Unfortunately we only caught half of the whole thing (mistaking the intermission as the end, a mistake I think a number of patrons made) but it was still well worth it. The absolute highlight (making for also an up-there highlight in my concert-going history) was when Boris' gear was being bumped in and Lou Reed (unannounced and hitherto hanging out at the back of the stage) started making some slide guitar-based sounds - which sounded incredible - and (also unannounced) Laurie Anderson started jamming with him across the stage using a custom electronic viola. They seemed to be enjoying just playing together without any pretence or concept needing to be met. In the above image you can see both of them at the left and right-hand side of the image.

The Sydney Biennale was also an excellent experience. The whole thing seemed to have a thread through a diverse and large amount of works, suggesting a subtle and intelligent curatorial structure. We only saw work at The MCA and Cockatoo island. I didn't take many photos at The MCA save this one:

Some of the work at Cockatoo Island:

The old industrial and convict areas reeked of history, but most of the work was so strong it was never overwhelmed. It's tricky to get this right when work is taken out of a gallery context when the work was not built to be site-specific. I hope they use it as a venue for future projects.


There's a certain something about travelling to see new works, and this was added to by having to travel by air, then road, then over water to reach the work. I like the rare occasions when I use all forms of public transport (train, tram, bus) for some reason - it seems to make the journey and destination more...significant. This is not intended to lessen/disclaim any positivity/significance regarding Sydney in this post.