Anything you don't have to do

"Can you turn the house-lights up, please? That's better, I can see people's hair-styles now".

I just got back from Sydney where a friend and I made a cultural pilgrimage to see Brian Eno give a Keynote as well as to take in other aspects of the Luminous festival and some other things.

Seeing Eno talk was fantastic. He was humble, erudite and covered a vast range of topics including: Art and society, what art is ("anything you don't have to do"), writing about art (and his scorn towards it), climate change, hair-styles, screwdrivers, jokes, evolution and the goodness of the un-categorised. Some absolutely inspiring material that's still got me thinking.

We arrived at the ambitiously illuminated Opera House to be greeted by what was perhaps the most gentle protest I've ever seen. A number of bike riders (as part of the the Gloom festival as I understand it) protesting the funding of large-scale international arts programs where monies would potentially be better spent locally. Eno addressed this, and I agree with the protesters approach, but was still glad the festival was happening. With luck, governments will take note and distribute funds intelligently among local (and emerging local) artists, international artists so everybody wins. The Opera House looked incredible with projections on both sides of Eno's work. I was, in fact, also interested in the logistics of projecting at such a large scale across the harbour. Interestingly Eno mentioned climate change quite a bit in his keynote, yet this aspect of the Luminous festival would certainly have been pulling down the watts. No doubt there's been consideration given to offset this. You can see some better photos of the projections here.

Eno's 77 Million Paintings were on display and were absolutely profound - almost religious. There were a group of us in a darkened room with ambient music washing throughout the space, while a configuration of illuminated shapes blend and shift. On the floor, a couple of illuminated cones cycle through various colours. We spent about a half-hour in this space and the effect was incredible. Entering the space with us was a family with a rabble of kids. As soon as they sat down the kids went completely silent and stayed for ages without a trace of restlessness. It was something.

Here's a video with Eno talking about the 77 Million Paintings:


Before we saw the keynote, we visited the MCA where Yayoi Kusama has a show, and it was an absolute cracker. Experiencing her installations suitably warps your mind and there were some screen-prints of obsessively developed texta-based works (which I never knew existed) that were hung together in a room making for a powerful overall experience. I got told off for taking a photo, as did most everyone else in the exhibition as there was no signage saying you shouldn't, but managed this: 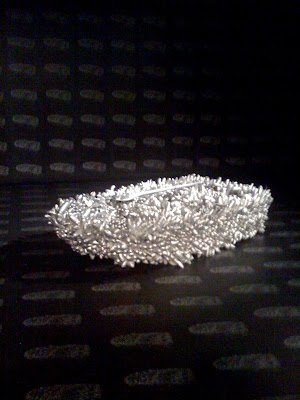 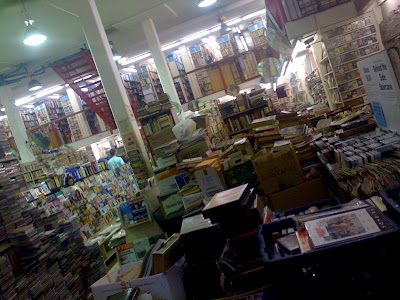 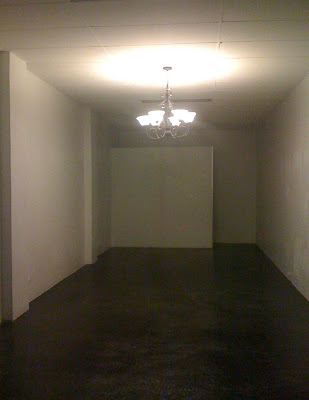 Spending time in a place called 'Green Square' (which is another blog post): 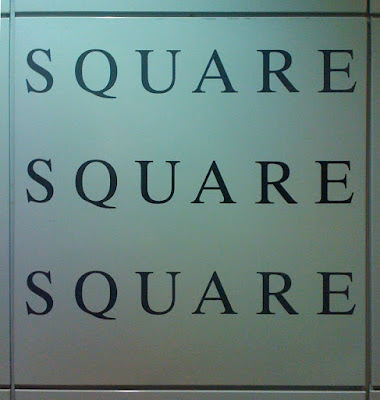 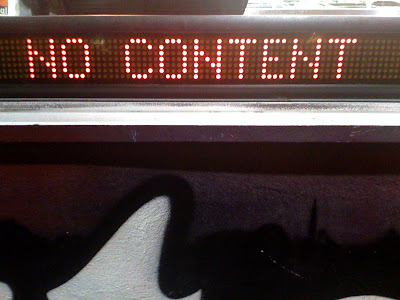 And finally, a luggage store at the Airport called 'Carrion'. Seriously. 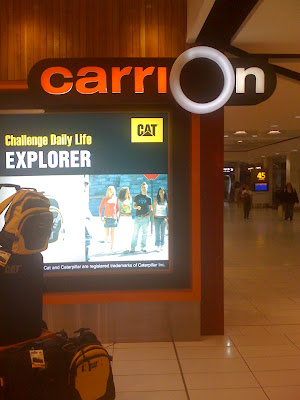 If you can catch any of the above while in Sydney, I thoroughly endorse!
Labels: Art, Inspiration, Medium, Sometimes, The World
Newer Post Older Post Home