A single ray of light from a distant planet... 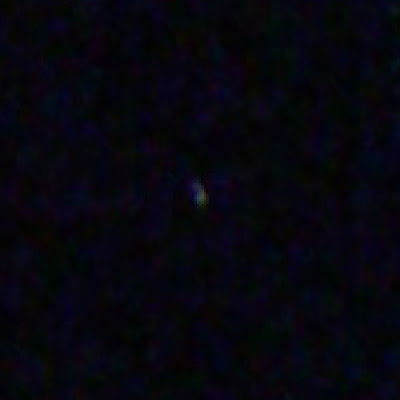 Attempt to photograph Mars from Earth using only an iPhone camera pointed at the sky (detail) 2010.

Mars has been close to the earth of late, recognisable by its reddish hue and the fact that it doesn't twinkle as the stars (but not planets) do.

The title of this post is a variation on a Nikola Tesla quote:
“A single ray of light from a distant star falling upon the eye of a tyrant in bygone times, may have altered the course of his life, may have changed the destiny of nations, may have transformed the surface of the globe, so intricate, so inconceivably complex are the processes of nature.”
Newer Post Older Post Home