The sounds of survival 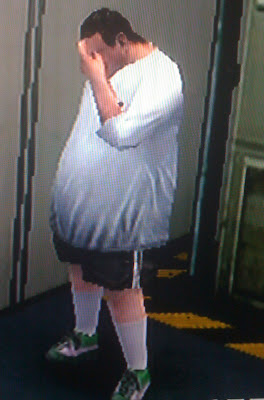 I've blogged about Dead Rising Chop Till You Drop before, and the problem with that post is that it's a little too zombie-heavy. It doesn't show the other side of the story - the side of the survivor. After playing CTYD for a while now, I've saved a number of people from the zombie outbreak and have them safely housed in various rooms of a security area. The player can enter these rooms and (at a really basic level) communicate with the survivors. The survivors also talk to you if you just stand around and their comments build, overlay and compete. Listen:

There's a whole spectrum of emotions between these people - sometimes simultaneously! Anguish, gratitude, rage, depression, resignation - it's all there. With your character standing in a room with them going through their established responses and basic animation loops, you feel like you're in an installation. In fact, a lot of the game kinda feels like a large-scale installation.