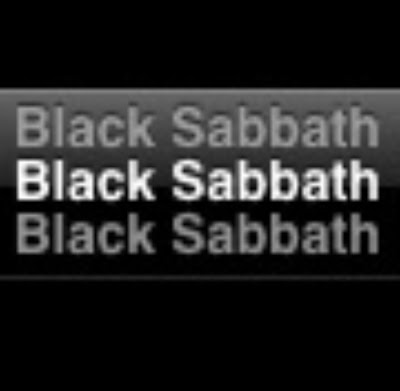 Recently while on a nostalgia trip I was listening to some Black Sabbath [DISCLAIMER: Old Black Sabbath, OLD BLACK SABBATH!] and I noticed that they were the only band I could think of that have a song title, album title and band name that are ALL THE SAME. Granted, their are many self-titled albums, but none I can think of that also include a track named after the band.

Who are you listening to?

And as a bonus, in the Metallic theme: diamonddave, a site that justifies both the use of Flash and perhaps, the very Internet itself.
Labels: Something
Newer Post Older Post Home