I was cleaning up some discs and checking some data in my studio recently and I found a CD enigmatically labelled 'Other backup'. I checked the content, some backed up applications, a little bit of work and a folder full of digital photographs, circa February 2004.

Many of the photos found were pictures I took of a friend's TV-set of a cool Japanese fight-game, the name of which escapes me... I'm pretty sure it had something to do with either Ultraman or Kamen Rider (but know it wasn't Kamen Rider Hibiki - the only game I know of where one character defeats a giant spider by Taiko drumming on it's back). The game featured anthropomorphic monsters (guys in suits style) fighting each other in front of desolate industrial backgrounds. 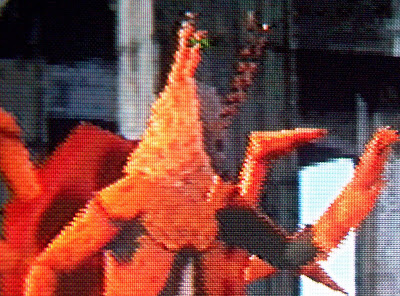 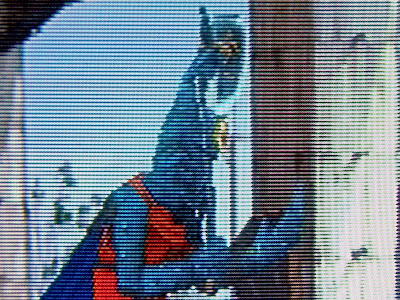 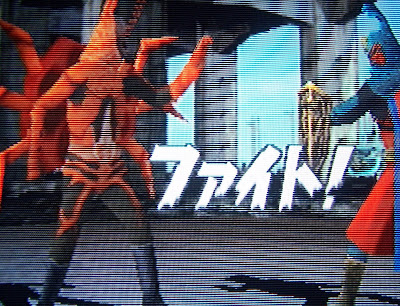 Tiger guy with spikes for arms vs Something (Frog guy maybe): 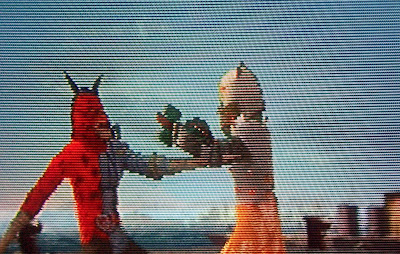 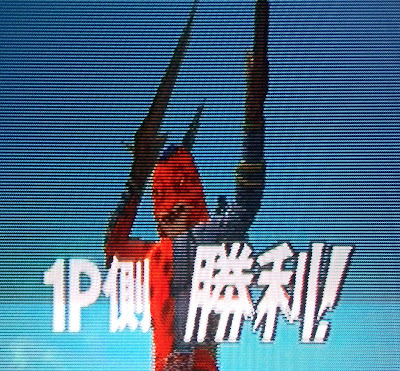 You get the idea. 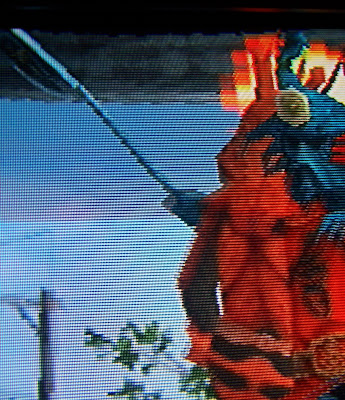