SPORE and monsters of the 15th century

I was experimenting on the weekend with the SPORE creature creator, building some creatures based on historical monsters and marvels from the book 'The History and Lore of Freaks' by C.J.S. Thompson.

The creature below was "discovered" by Lycosthenes, and was known as the "Moster of Horrible Aspect". 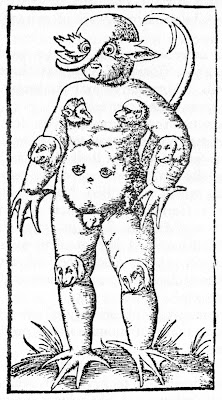 It's missing the animal faces on it's body, but the gist is there and, you may note, it's anatomically correct. 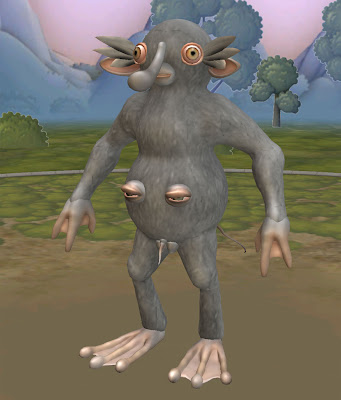 Ambroise Paré imagined many creatures, among them, the "Headless Monster". 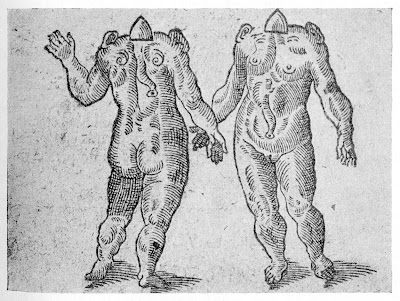 There wasn't a lot of text on this one, for example I couldn't work out what the little shovel part on the shoulders was, but I made it a horn anyway. This one also has features on it's back. 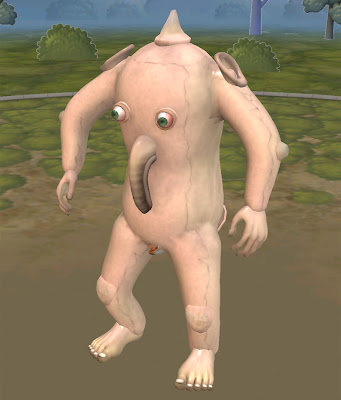 The next creature, again documented by Paré, was born in Ravenna and coincided with difficult times for the Pope. Google Books has some more illustrations here. 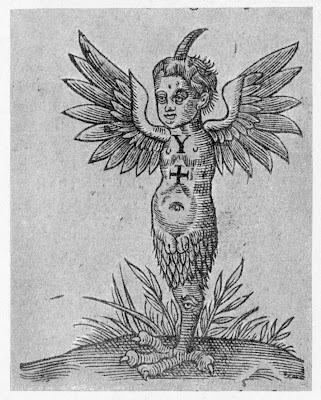 And it's SPORE equivalent: 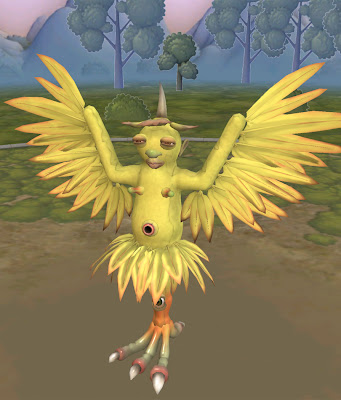 There are some limitations with the creator, as objects can only be scaled down so much and it's OBSESSED with symmetry. (Not that nature relies heavily on symmetry or anything... wait...) I wanted to have the horn just twisting to the right in the above creature and I couldn't manage it without the horn becoming two. I also couldn't work out how to add/remove individual digits. Still, it's an amazing piece of software and I'm pretty excited about seeing how some of these may evolve in the "SPORE Universe" when the full game is released.
Labels: Games, Progress in Work, Technology
Newer Post Older Post Home